Future needs origin - the origin of the IWT

Since 1950, research has been conducted on highly stressed metallic structural materials at the Leibniz Institute for Materials-oriented Technologies - IWT in Bremen. But the history of the Leibniz IWT goes back to the 1940s.

At that time, industrially applied heat treatment processes and the associated heat treatment technology in Germany were largely based on empirical, non-scientific findings. Industrial companies were faced with the question of how to prevent material-related failure of components.

Paul Riebensahm, professor at the Technical University of Berlin, organised the first Hardening Colloquium (HK) in November 1941 to create a platform for the exchange of experts from practice and science in the field of materials engineering and heat treatment technology. To this day, the AWT's HärtereiKongress, the successor to the Härtereikolloquium, is an annual international conference for heat treatment and materials technology. At the same time, Prof. Riebensahm and his assistant Walter Stuhlmann expanded his experimental field for hardening technology in Berlin with experiments and advanced training programmes. In 1943, the test field was moved from Berlin to Bremen during the Second World War to protect it from air raids. After the end of the war, the test field was relocated to the production facilities of the Borgward automobile factory in Bremen-Sebaldsbrück.

The beginnings: founding of the IHT

On 13 July 1950, the Institute for Hardening Technology (IHT) was founded in Bremen-Lesum as the forerunner of today's Leibniz IWT under the provisional management of the chief engineer of the C. Borgward company, Hubert M. Meingast.

From 01 August 1954, Professor Otto Schaaber was director of the IHT for a total of 27 years. In the mid-1950s, the institute consisted of six scientific employees and 14 technical and clerical staff and soon achieved worldwide success in the field of heat treatment of metals with a new boriding process for thermochemical surface hardening of steel.

Conversion into a foundation and cooperation with the University of Bremen

In 1981, the IHT concluded a cooperation agreement with the newly founded University of Bremen. After the death of Otto Schaaber in 1981, Prof. Dr.-Ing. habil. Peter Mayr became the new director of the institute. Under Prof. Mayr, close cooperation developed with the Department of Production Engineering at the University of Bremen, which was founded in 1983 and still exists today. There Prof. Mayr got to know, among others, Prof. Klaus Bauckhage from the research field of process engineering and Prof. Günther Werner from production engineering.

At that time, the board and the scientific advisory board of the foundation intensively discussed which possible thematic expansions could secure the long-term sustainability of the institute. While assessing industrial needs, aspects of production technology and process engineering were also to be taken into account. This idea could be implemented in the university environment of the Department of Production Engineering, which required a sufficiently large new building on the university campus. Due to the strong commitment of industry, many discussions subsequently took place between the Bremen Senate and representatives of industry, which led to a breakthrough in autumn 1985 in a meeting between Mayor Hans Koschnik and Daimler-Benz Production Director Prof. Werner Niefer. The contractual basis for the transfer of the Institute to the "Stiftung Institut für Werkstofftechnik (IWT)" (Institute for Materials Technology Foundation) and the prerequisites for a new building were created.

On 24 March 1986, the interdisciplinary structure of the later Leibniz IWT, which is still unique today and combines the three disciplines of materials, process and production engineering, was founded. The IHT was given the new name "Foundation Institute for Materials Technology", IWT for short. It was part of the basic understanding of the newly established IWT Foundation that the design of the additional research areas should, if possible, be carried out by university lecturers from the Department of Production Engineering. These considerations finally led to the definition of the three main departments of the Institute, each headed by a director who was also a university lecturer in the Department of Production Technology at the University of Bremen.

IWT grows: Building in the Technology Park and joining of MPA and LFM

On 1 January 1987, the Official Materials Testing Institute of the Free Hanseatic City of Bremen (MPA Bremen) was established as a division of the IWT in Bremen Neustadt, originating from the Bremen State Office for Building Materials Testing.

In 1990, Professors Mayr, Werner and Bauckhage also spatially integrated the institute close to the university with a new laboratory landscape in the Bremen Technology Park.

In addition to the original sole field of materials engineering, process engineering developed a special field of competence with spray compacting, which led to the establishment of a DFG special research area. Production Engineering, under the direction of Prof. Brinksmeier, took up the current topic of high-precision machining and developed it so successfully that an additional laboratory for micro-machining (LFM) could be moved into in 2000.

With the three main departments, the number of employees also increased from a continuous 40 to initially 150 in 2000. In 2018, the institute employed 209 staff members, 84 of them scientific employees.

The close cooperation of the three main departments makes it possible to systematically trace the entire production chain from the production of the starting material to the finished component, e.g. hardened gear wheel, and to research it from both basic and application-oriented points of view. The research of the scientific fundamentals up to the application reference take up a large part of the IWT's work, which is also expressed in the financing of the institute's budget: a part of the budget is financed by third-party funds. Projects are acquired both directly from industry and within the framework of basic research projects and joint industrial research. Important cooperation partners in this context are the German Federation of Industrial Research Associations (AiF) and its subordinate Industrial Cooperative Research (IGF), which is funded by the Federal Ministry of Economics and Climate Protection (BMWK), the Federal Ministry of Education and Research (BMBF), the German Research Foundation (DFG) and the European Community.

Latest developments and admission to the Leibniz Association 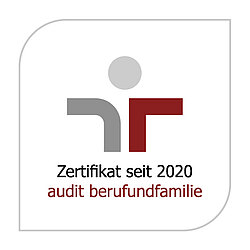 On 13 November 2020, the decision to admit the MPA to the Leibniz Association was made by the Joint Science Conference of the Federal Government and the Länder (GWK).